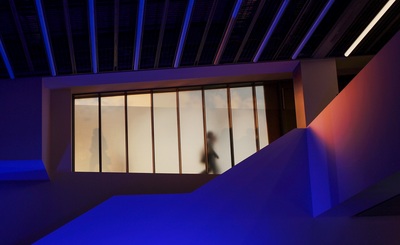 Advertisements that make reference to the “best price” or which make use of similar superlative language may be misleading and in breach of competition law. That was the takeaway from a ruling of the Oberlandesgericht (OLG) Hamburg – the Higher Regional Court of Hamburg – from December 9, 2021 (case ref.: 5 U 180/20).

Though advertising is one of the main ways in which businesses market their products and services and present them in a favorable light, caution is advised when it comes to the use of superlative language, e.g., in the form of “best price”, “highest price”, and the like. We at the commercial law firm MTR Rechtsanwälte note that this kind of advertising has the potential to mislead consumers and is therefore anticompetitive.

One such case that demonstrates this recently came before the Hanseatic Higher Regional Court of Hamburg. The proceedings were the result of a lawsuit filed by a competition association that took issue with a real estate agent”s advertisement that promised to sell houses at the highest price.

The competition association argued that a large share of the target audience would infer from the phrase “highest price” that the provider behind the advert occupies a leading or unique position in the market. Consumers would assume that said provider will obtain a better price for their real estate than other real estate agents, i.e., “highest price” is not understood to mean simply that it is the same price that would be obtained by other companies.

The brokerage company on the receiving end of the lawsuit rejected the notion that its advertising gave the dishonest impression that it occupied a unique or leading position, arguing that consumers naturally expect real estate to be sold at the “highest price”. The company contended that the content of this kind of promotional material is not objectively verifiable and that it does not invite consumers to take it at face value. At most, it lawfully points to the company being part of an elite group in this space.

This line of reasoning was not followed by the OLG Hamburg, which found the advertising in dispute to be misleading and unlawful. The phrase “highest price” was not merely advertising hyperbole but a verifiable statement. The Court noted that the price obtained from selling a house is a readily measurable variable. As such, the advertisement was said to include a statement within the meaning of Section 5(1) Sentence 2 of the German Act Against Unfair Competition [Gesetz gegen den unlauteren Wettbewerb, UWG]. Moreover, the phrase “highest price” gives the impression that the broker will obtain a better selling price than all competitors, it being common for superlatives to be used to indicate a unique position. Ultimately, the OLG concluded that the advertisement was in breach of the UWG.

Our lawyers are experts in the field of antitrust and competition law and can provide counsel.