But what a miserable failure: equality is still missing – and it is not the only thing missing, lamentably … 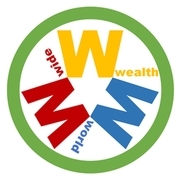 world-wide-wealth stands for global prosperity. Based on a new system: GlobalOnomy.

1945 Enactment of the German Basic Law. The equality of men and women is in Article 3.2., that of Miscellaneous in 3.3.*

1957 Law on the equality of men and women in the field of civil law is passed 1958 Women may open their own account and manage their own money.

1977 Women no longer need the consent of their husbands to work.

By 2020, women will still earn 20% less than men. The number of women in full-time employment has fallen compared with 1990 (increase only part-time). Of the 191 board members in the DAX 30, only 12 are women. In many faith communities/churches there is no woman in central posts. And if unreported figures from many areas were to be used, the reality in Germany would still look rather bleak. Equality looks different.

The principle of equal rights for women and men was also recognised when the UN was founded in 1946 (preamble, Art. 1.3)…

… and since hardly anything has been achieved …

… according to the UN 2030 Agenda from 2016, equality should now be achieved in 15 years – although the UN has had this goal on its agenda for 75 years without success.

Wishful thinking, far away from any reality.

The example of Germany shows how long it takes to achieve equality, even in a well-developed country. And even what has been achieved legally is far from being established in society, in reality. As well, with their 5. Goal*² the UN fails with its advance of the 17 goals of the 2030 Agenda*1. If not even laws of highly developed countries are implemented in reality, how can one believe that a non-binding declaration of an intent paper will be implemented – even without the danger of any consequences in the event of non-compliance? Every word of this “17 UN SDGs agreement” appears as rubbish. Too bad for the reputation of the UN. Too bad for humanity.

But on the basis of today’s systems, not only the general public (!) -Prosperity goals are no longer “only” not achieved – but: the situation is getting worse for the average inhabitant of the earth. Worldwide. This trend has also been taking place in industrialized countries for decades – albeit still hidden in bad banks, over-indebtedness, “bailouts” (only the big ones), inflation (at the expense of the small), lower-class enlargement, middle-class downsizing, upper-class enrichment.

The non-coming equality does not only affect those between male, female and diverse. The problem is deeper. It lays within the capital system. And even if leaders wanted to, these leaders cannot opt out of this system without everyone participating. And the latter does not even succeed with the “agreed” aspects of the UN for 75 years, actually also not for the self-evident (!) Equality.

Einstein once said, “You can’t solve a problem with the same tools that caused it!”

Einstein? Astronomy! Universal equality? The universe doesn’t care about the basis. Multiplied by c², this results in a certain amount of energy, E. The result, E, is what counts. And E results from the amount of plus (protons) AND minus (electrons) AND neuter (neutrons). All three are of fundamental importance. And everything is equal, must be equal, otherwise the universal balance will get out of hand.

With what justification, then, does mankind strive to prioritize one of the – and disadvantage two of the others – components of an atomic nucleus? The minus (electrons) needs the plus (protons), needs the neuter (neutrons) – and vice versa as well. Otherwise, atoms would break and otherwise the universe would implode. SHE, HE, IT. EVERYTHING is needed! Interestingly, the number of protons is usually equal to the number of electrons. The ratio of neutrons sometimes deviates, but this has only marginal effects in the result.

In today’s earthly belief, however, success is more likely to be attributed to the “masculine”. If women were given the same opportunities as men, women would be just as successful. And various as well. Because plus and minus and neuter complement each other. In sum, the mixture gives the maximum amount of energy. By prioritizing one area, Male, humanity is currently losing a lot of wealth, a lot of energy.

But it is not so easy to break out of this imbalance. As long as the chances for 2/3 of the participants (women and diverse) are worse than for the one 1/3 (men), a really drastic increase in prosperity can not take place. The efficiency of the universe, astronomy, cannot be achieved in this way. We need a new social and economic model. We recommend a model based on astronomy-laws*: GlobalOnomy*³: The optimization of economy & currency, knowledge & wisdom, peace & freedom, prosperity & health, as well as common good & sustainability – worldwide! (See books: AstronTimeOnomy, AstronSpaceOnomy, AstronEfficiencyOnomy).

Thank you for your interest. We would be very pleased about your commitment.

*1 The 17 UN SDGs are goals that the international community set itself in 2016. This happened within the framework of the “United Nations” UN (United Nations Organization), to which 193 states belong. (The individual targets can also be found on: www.world-wide-wealth.com/engagement ). All these 17 objectives are – with 193 participating states – naturally only a “minimum consensus”, the lowest common denominator, a compromise. And today, 5 years after their ablution,

2. there are only 2 states that have officially named the goals in their budget planning

3. there are no really binding measures – and hardly any effective cooperation

4. there are still no sanctions for non-fulfillments

8. Non-profit organizations, which could extremely help to achieve all these goals, play only a mini-role:

a. Too little donations are made, although (e.B. in Germany): i. 40% of the population (from 14 years) is engaged in charitable activities ii. 7.5% of the working time is used for charitable purposes iii. 18% (600,000) of all “companies” are non-profit organizations

b. The will is there – but is “systemically” blocked by the above-mentioned “capital vicious circles”.

c. We now “crack” the knot: With GlobalOnomy.

For more information on the individual goals, see below www.world-wide-wealth.com/engagement .

Goal 5: Achieve gender equality and empower all women and girls

5.1 End all forms of discrimination against all women and girls everywhere

5.2 Eliminate all forms of violence against all women and girls in the public and private spheres, including trafficking and sexual and other types of exploitation

5.3 Eliminate all harmful practices, such as child, early and forced marriage and female genital mutilation

5.4 Recognize and value unpaid care and domestic work through the provision of public services, infrastructure and social protection policies and the promotion of shared responsibility within the household and the family as nationally appropriate

5.5 Ensure women”s full and effective participation and equal opportunities for leadership at all levels of decision making in political, economic and public life

5.6 Ensure universal access to sexual and reproductive health and reproductive rights as agreed in accordance with the Program of Action of the International Conference on Population and Development and the Beijing Platform for Action and the outcome documents of their review conferences

5.A Undertake reforms to give women equal rights to economic resources, as well as access to ownership and control over land and other forms of property, financial services, inheritance and natural resources, in accordance with national laws

5.B Enhance the use of enabling technology, in particular information and communications technology, to promote the empowerment of women

5.C Adopt and strengthen sound policies and enforceable legislation for the promotion of gender equality and the empowerment of all women and girls at all levels

1. Liberte, egalite, Fraternite already existed as targets in 1790. These three top goals of the French Revolution are not presented at all or only in a hint in the 17 UN SDGs from 2016. What a pity. With our GlobalOnomy model, we (also) achieve these 3 goals AND supplement them with “Realizabilite” – with feasibility aspects that the universe is showing us.

2. We eliminate poverty, hunger and more. All people worldwide become rich, full and happy. With “only” one(!) Astronomy “rule” use, we achieve ALL 17 Sustainable Development Goals of the United Nations. And far more than just these 17 SDG minimum targets on a minimum compromise basis! Well before 2030.

3. With 10 other top rules, we consolidate and expand the achievements of the first rule.

4. There will be (soon) only wealthy people, worldwide! And those who are wealthy will educate themselves and can eat and live healthy lives. Epidemics are avoided.

5. There are (soon) only transcendent people left, worldwide! If you do not have to constantly fight for your survival, or don”t have to make a name for yourself (since everyone is rich now), you can take care of others and other things.

6. All people are focused on sustainability. Because everyone is educated – and knows that this world only exists once. And also, because they can afford sustainable products – and will demand and consist on them.

7. We rotate the Maslow pyramid of needs vertically by 180 degrees. All people are so wealthy that they – like the wealthier people of today – can and will take great care of social aspects – and will think and act transcendently. The lower Maslow levels, which in today’s capital models provide for existential and profiling struggles, will hardly exist any more.

8. No wealthy person goes to war – or has to leave his family nor homeland, purely out of need for money.

9. Profiling neurotic, power addicts and/or warlike leaders have no chance with an intelligent and wealthy liberal population.

11. However, the new demand does not go in the direction of cheap/mass-produced goods, but is, as with all wealthy people, very individual. The destructive cheap trend is broken.

12. The rules of constant demand ensure predictability and sustainability. worldwide.

Astronomy-rules will save our world. We have summarized our findings in 3 books (each in German and English): In the GlobalOnomy trilogy:

Further information can be found on https://www.world-wide-wealth.com We would be very pleased about your interest, participation and support.

*4 We have invented the FORMULAS of TIME, SPACE, DARK MATTER, DARK ENERGY, DYNAMIC RELATIVITY, … – and thus solved the mysteries around “DARK MATTER” (23% of the previously unknown forces: Why don’t the planets circulate around their stars faster than they should be able to?) and “DARK ENERGY” (72% of the previously unknown forces: Why does the universe grow faster than theoretically possible?). We are now using all these insights and existing knowledge to optimize our world. See: www.world-wide-wealth.com

world-wide-wealth is the plattform for world wide wealth. We research, invent and use math/physical formulas of astronomy to optimize our globus – via a global consideration of many aspects: Economy & Currency, Knowledge & Wisdom, Peace & Freedom, Prosperity & Health, Common Welfare & Sustainability, Worldwide. For the Wealth of Mankind.